PRIMAA (pronounced "PRE-MA") is a non-profift founded in Grande Prairie to help support and develop independent media arts in the Peace Region. But it’s also a collaboration and networking group that develops and hosts regular workshops, provides a media equipment rental service, and are actively fundraising to grow our offerings and programming. Our base approach is borrowed from the Film and Video Arts Society of Alberta in Edmonton (http://www.fava.ca/), a not-for-profit, charitable society that exists to facilitate and support the creation and exhibition of independent film, video and media arts in Northern Alberta.

Several of our members are involved in commercial video production, narrative filmmaking, photography, and audio production, among others, and are industry-recognized or have productions showing at various film festivals or other high profile mediums. 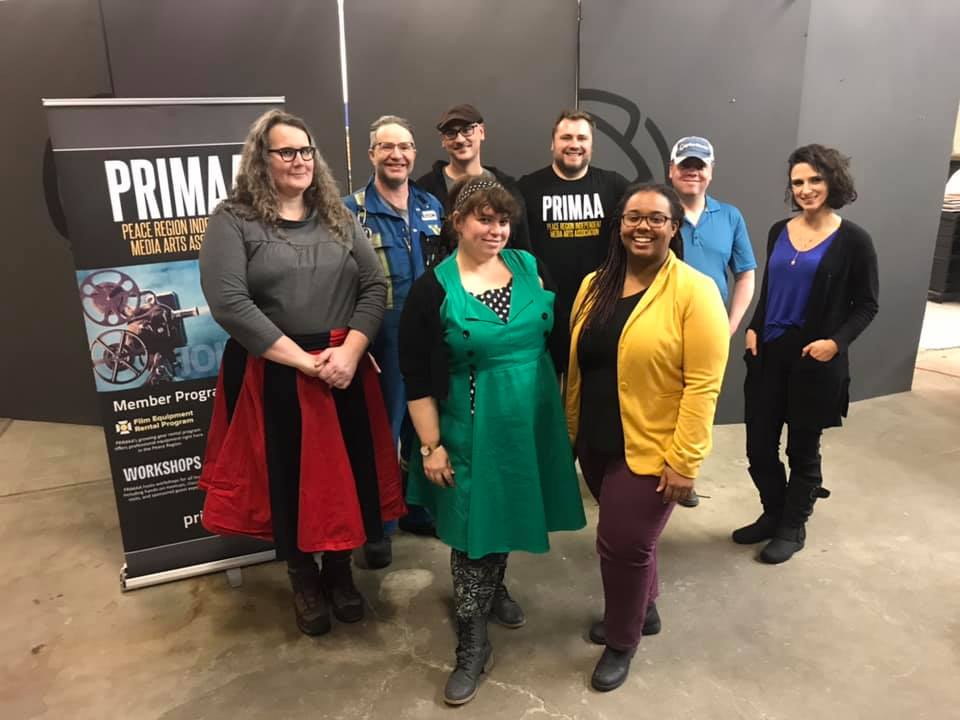 Mission
PRIMAA exists to nurture and expand independent media arts in the Peace Region by providing access to education, collaboration, resources, and exhibition.

Grande Prairie Filmmaker Rory Mells was was on hand to mug for the camera.